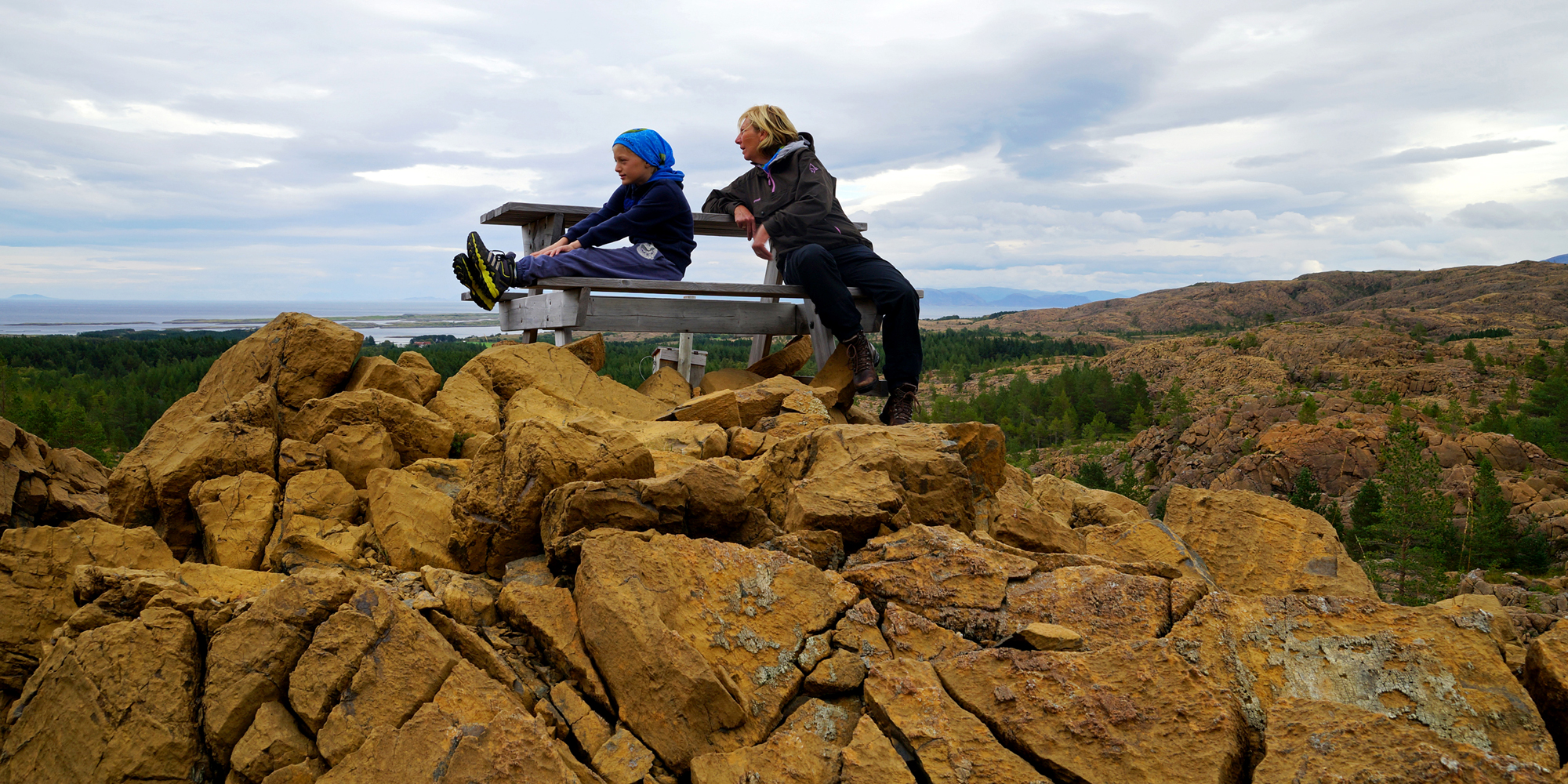 Leka – a bit of America

Around 420 million years ago, the ocean between Northern Europe and America closed up and the continents collided into each other. This collision formed a mountain chain (not unlike what happened when India and Asia collided and formed the Himalayan Mountains).

However, it was 60 million years ago, when the continents slid apart from each other, that something special happened; parts of the North American continent remained in Norway – including Leka.

Leka was tipped over on its side – the Earth’s interior became visible.

Not only that – in connection with the collision and separation – Leka was “tipped” over on its side and forced up so that the lower layers of the oceanic crust as far as fully 7 km down into the Earth’s crust remained visible.

In such a manner that you can now take a journey on Leka from the Earth’s interior and follow the layers upward along the oceanic crust. There are not many places around the world where you can do this!
Read more about Leka’s geology here.